It seems like dreaming is the only thing you can do right now in this quarantine, but it’s important to not only dream now, but keep dreaming your whole life and trying your best to achieve your dreams! Too many times you get disappointed during your journey, but it’s up to you to let those disappointments block you from achieving your goal or learn from them and grow stronger.

As an example, since I was a little girl, I dreamed of sharks and the ocean itself. I knew that I wanted to become a marine biologist specialized in sharks. But in high school my teachers told me I wasn’t “smart” enough to become a marine biologist, I would never succeed, and if I would try, I would be studying until I was 35. Those kind of words have a major impact on a 14 year old girl, so I chose another profession.

My father works for Royal Netherlands Marechaussee at Schiphol airport. Since I couldn’t be a marine biologist, I wanted to step into his shoes so to speak. Again, I got disappointed when I got rejected because of my poor eye sight. They did say: “try the police force, they’re a bit more easy-going regarding your eyes”. But as I was only 15 at that moment, I was too young to join the police academy. I searched for an in-between education program which I found. It was a combined education program of Law enforcement and Social Cultural Work. Basically, I did 7 years’ worth of  school in 3 years.

When I finished, I applied at the police academy. They literally told me: “Your eyes are too bad, you’ll never get in, don’t even bother trying to get any further in the application rounds”. These words were like stones in my heart. My third disappointment, what kind of profession can I do? After a lot of thinking I decided to ignore what other people told me, and started to think about what would make me happy. What kind of job makes me want to get out of bed and go to work? That’s the moment I knew what I had to do and go for. I had to become a marine biologist and do something with my passion for the ocean and sharks.

I found the study Coastal and Marine Management at the Van Hall University of Applied Sciences. It’s a really broad study, which I’m still doing at the moment. I’m half-way of this 4 year study, still enjoy every bit of it, saw sharks up close (with White Shark Projects of course ?), and the path to my dreams are open and clear.

The moral of this story is that you should never let people talk you down or let them decide that you’re not smart enough to achieve something. If you really want to achieve your dream, you’ll get there. You are the only one who can decide your dream and which path you take. 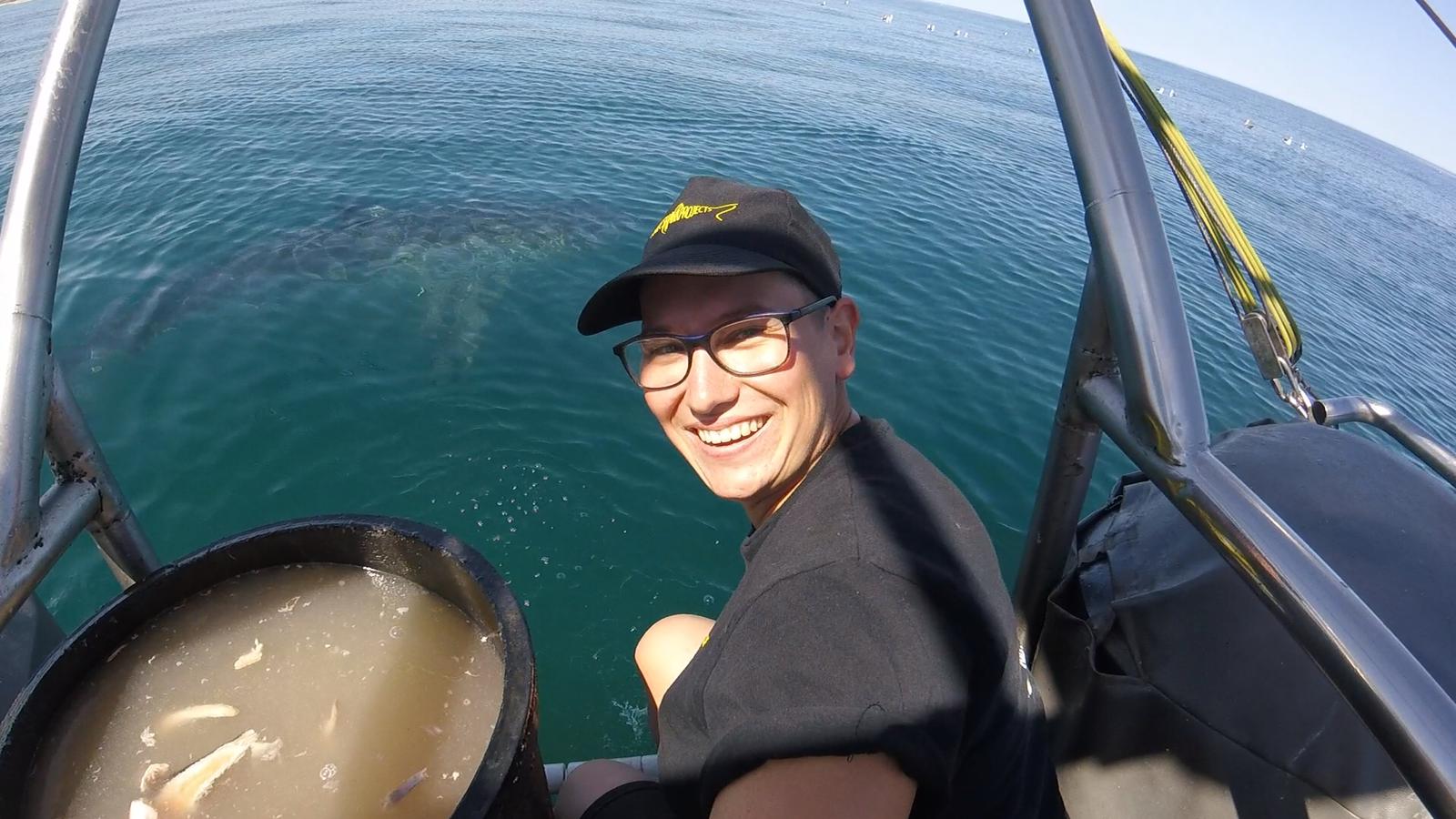 Is your dream to volunteer with Great White Sharks? Visit our website!