Why We Need Sharks

Save our Seas! Save our Sharks! These words may have been echoing through social media platforms and you may have seen it a hundred times, but have you ever wondered “what’s the big deal with sharks?”. Why do we need to save them? Why are they SO important?

Well, there are numerous reasons why sharks need saving and even more reasons why sharks are in danger of dying out in the first place. Despite having survived eons of evolution, it is estimated that in just 15 years, between 1998 and 2013, humans managed to reduce most shark populations by 60 – 90%. Hard to fathom isn’t it… 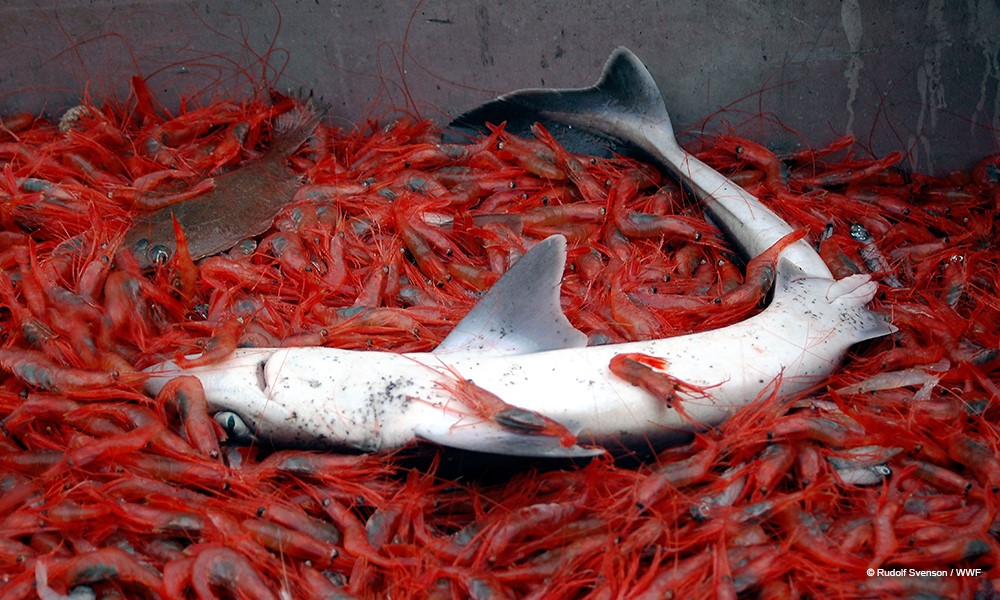 Whether we blame it on bycatch, overfishing, shark finning, the cosmetic industry or the trophy hunters, doesn’t really matter, as they are ALL human activities, driven by human greed. An estimated 11 417 sharks are killed every HOUR, that’s nearly 4 sharks every SECOND.

When you look at it like that, it becomes brutally obvious that this pattern is not sustainable. Sharks are slow reproducers and we are killing them faster than they can even mature. Something’s got to give and if we are not careful, we will be the ones paying the ultimate price. Instead of listing all the reasons why we should save sharks, here’s my number one reason why saving sharks, should be number one on your list too…

By now, most of us know that sharks are Apex Predators and that without them in our oceans, food chains will collapse causing havoc in our Marine Environments. But what happens in the sea, stays in the sea, right? Uhm, no.

Ever heard of a Carbon Sink?

Well, the ocean is home to some of the planet’s biggest and most vital carbon sinks – think Kelp Forests, Seagrass Beds, Sargasso Habitats etc. These pastures of the sea, soak up and store billions of tonnes of carbon and keep it from entering our atmosphere (not to mention the staggering amount of oxygen they produce).

But, they are also the life-force of numerous species from Dugongs, Sea Turtles, Manatees, Crabs and Fish to Stingrays and Urchins.

For our example, let’s take Tiger Sharks patrolling a seagrass bed in search of a turtle-snack; Just their presence alone, will prevent turtles from grazing to their heart’s content, forcing them to move along to other pastures. This allows the seagrass bed to recover sufficiently, allowing for future grazing and continuous carbon sequestering. The predation of these herbivores (turtles, manatees etc), also keeps their populations in check, which ultimately also prevents overgrazing. 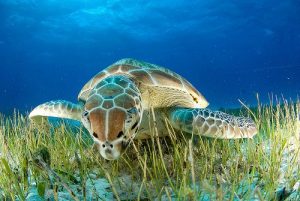 If there are no sharks around, the turtles will have no real reason to move and may continue to graze, uninterrupted, until there is not enough grass left to regrow a substantial seagrass bed. This overgrazing leads to inadequate vegetation to retain the stored carbon, allowing the carbon to be released into our atmosphere. It is estimated that with the loss of just 1% of the ocean’s carbon-storing vegetation, 460 million tonnes of carbon will be released into the atmosphere – that equates to the amount of emissions generated by 97 million cars!

Sharks are the unsung Superheroes of not only the oceans, but of our planet as a whole. They keep our oceans healthy and they help prevent Climate Change. We need sharks, whether we like them, hate them, fear them or couldn’t-care-less about them. And we need to save them, now.

Here’s another mantra for you: No BLUE, No GREEN; No me and No YOU…