White Shark Projects, founded in 1989, is renowned for its dedication to the conservation of our oceans. WSP as a company also feel that it is important to support our local communities. So 11 years ago one of our owners came up with a community based project that supports the community whilst helping the environment. In the last 11 years we have assisted various communities setting up Swop Shops. It is our vision that every town should operate one. 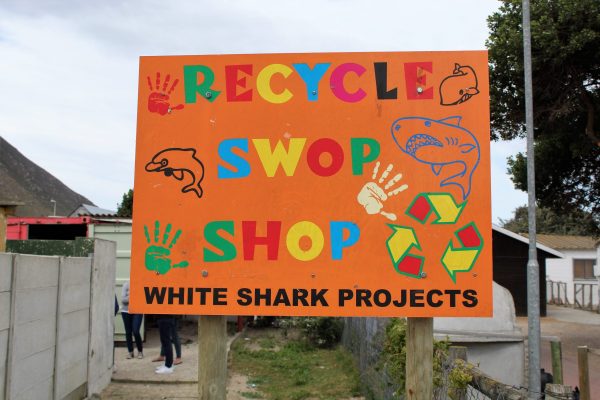 Jandre Beukes and Rachel Templer were working for a NGO in Malawi when they noticed there was a serious waste problem in this country. Jandre, being inspired by his parents, co-owners of White Shark Projects, who run the Swop Shop in Gansbaai, felt that they too needed to help fight the plastic crisis in Malawi.

The White Shark Projects Swop Shop system works by children collecting recyclable litter from the streets of their neighbourhood and bringing it to the Swop Shop where they can trade it for points. They can then “spend” the points they have earned on goodies such as clothes, stationary, toys and even hair accessories. 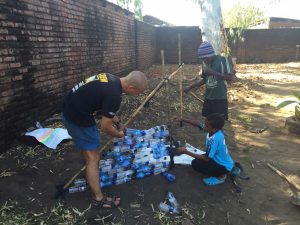 After doing extensive research, Jandre and Rachel found a place in Lilongwe (The capital) called Sure Rubber, who buy non-recyclable plastic from anyone and melt it down to recycle. This means that items such as chip packets, cling wraps, shopping bags could all become part of a swop shop style system.

With this possibility, they contacted Sam who is involved in community upliftment programs through her lodge Cool Runnings which is located in Senga Bay near Lake Malawi. Along with the support from White Shark Projects Swop Shop in Gansbaai who sent a starter pack and stock – the first Malawian Recycle Swop Shop was born. 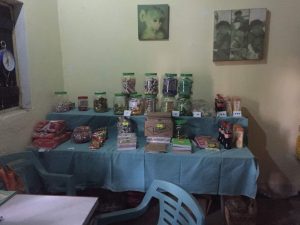 The team started their mission by identifying a market – they initially had a no-adult approach, however, even though the shop was more popular with kids, some elderly women of Senga Bay also benefited from the initiative.

After identifying those who would benefit from the Swop Shop, the team then wanted to find out what items people would want to exchange their recyclables for. The most popular items found were , soap, milkpowder, books and pens. They also made tea, rice, salt, crisps, sweets available.

The main problem in Malawi is the small blue plastic bags called locally “jumbos” which melt in the sun and completely and utterly single use. If you drive through Malawi, the whole country is scattered in these plastic bags. It has even earned the name “Malawi’s National Flower” because of its prevalence.

“I traveled the south of Malawi extensively, and not one moment goes by where you are not looking at a blue mass of these small blue plastics. It truly looks like a field of daisies.” – Jandre Beukes

However, as the first Malawi Recycle Swop Shop continued, the blue hue that is the Malawian National Flower started to disappear.

Over a year has gone by since the White Shark Projects Recycle Swop Shop in Malawi started and they now have mobile swop shops in three villages. Astonishingly, the shop has taken in over 30 tonnes of recyclable waste since they started and thousands upon thousands of glass non-refundable bottles.

Now the Swop Shop has gone mobile, they can cover more area, reach more people and help prevent further damage to the environment. White Shark Projects Swop Shop in Malawi is an amazing way of creating community upliftment while tackling the waste pollution that engulfs the country’s beautiful landscape and wildlife. 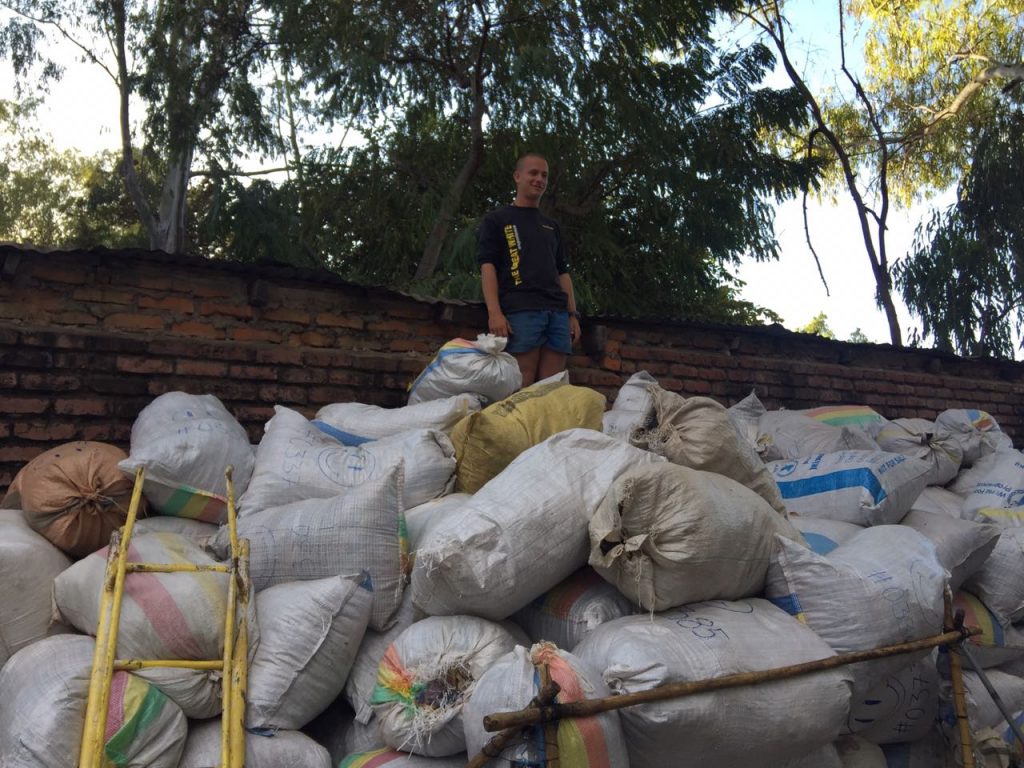