Halloween is that time of year where we tell tales of ghosts, ghouls and celebrate all things spooky. So, with this in mind, we are introducing you to a few strange but awesome shark species that dwell in the deep sea. ??

The goblin shark is a deep sea species from the Mitsukurinidae family which dates back 125 million years ago. In fact, the goblin shark is the only living member of that prehistoric family left. This shark has a flabby body with transparent pink skin and an elongated snout making it a very unusual looking animal. If that wasn’t strange enough, to compensate for its sluggishness, the goblin shark has alien like jaws that can extend 8.6 to 9.4% of its total body length! In addition, the shark can extend its jaw at a speeds as high as 10 feet per second (3 m/s) making it the fastest jaw movement of any fish.

Aww a cookiecutter shark sounds sweet doesn’t it? Makes you think of Grandma’s cookies and sweet treats…. Well, think again. The cookiecutter shark is actually named after the cookie shaped wounds it leaves on its prey, such as large fish, whales and dolphins. Even though this shark is relatively small, only reaching 56 cm in length, they have been known to try and take bites out of sonar domes on submarines. If this wasn’t fascinating enough, these sharks are also able to emit a bioluminescent green glow, which is thought to attract the attention of potential prey.

Chimaeras, also known as ghost fish, spookfish, rat fish or rabbit fish, are a very unusual looking kind of cartilaginous fish.  The word “chimera” actually comes from Greek mythology where it was depicted as a fire breathing hybrid creature composed of a lion with a goat’s head on its back and snake’s head for a tail. Our real life chimaera, however, was named so as it has traits associated with both sharks and bony fish. Often they have an elongated body, bulky head and some possess a trunk like snout. Their colour ranges from black, brown to a beautiful shimmery silver. The markings on their skin also make it look like they have been sewn together like patch work. 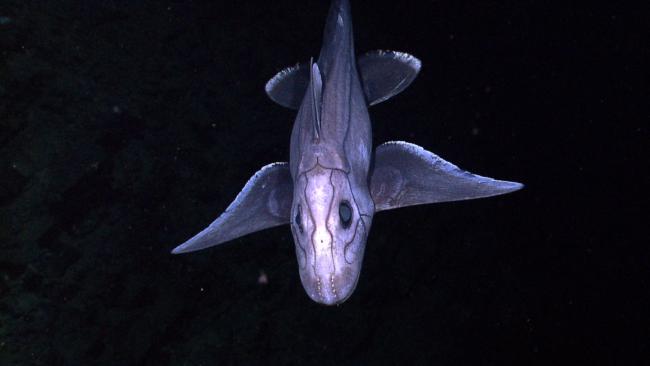 This archaic serpent-like shark for some people may look frightening, however, this shark is truly amazing. Unlike other sharks that have separate gills, a frilled shark’s first pair of gills go all the way across its throat and each pair is lined with a red fringe – hence the name frilled shark. The frilled shark has 300 backwards facing trident shape teeth lined in 25 rows. Although it has never been witnessed, it is thought that this shark may strike like a snake when hunting prey, using its fins to launch itself forward and long jaws to open its mouth extra wide.

Although to some people, these mysterious and rare sharks may look like the stuff of nightmares…they are actually amazing animals and pose no threat to humans. In fact, with declining numbers of sharks worldwide, it should be them who are scared of us.

As Dr. Sylvia Earle once said, “You should be afraid if you are in the ocean and don’t see sharks” as they keep our oceans healthy.

Anyway, now we have got your imagination going, we would like to wish everyone a Happy Halloween! ? 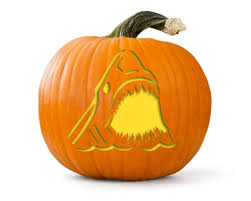