One of the most famous channels of water in the world is one we call Shark Alley. You will hear it mentioned on numerous documentaries and one of the most common questions asked in Gansbaai is “Where is Shark Alley?” Shark Alley is situated between two islands, Dyer Island and Geyser Rock – these islands are rich in history.

Situated roughly 8.5km offshore from Gansbaai lies an island known as Dyer Island which is about 20 hectares in size. The island was originally called ‘Ilha da Fera’ (Island of wild creatures) by Portuguese seafarers in the 15th century. It later became Dyer Island when it was named after a Polynesian seaman called Samson Dyer who was first stationed on the island in 1806. Samson Dyer was mainly involved with seal harvesting, as Geyser Rock with its colony of cape fur seals, lies just adjacent to Dyer Island. However, he also collected guano (bird poop) which he sold to the mainland to use as fertiliser. 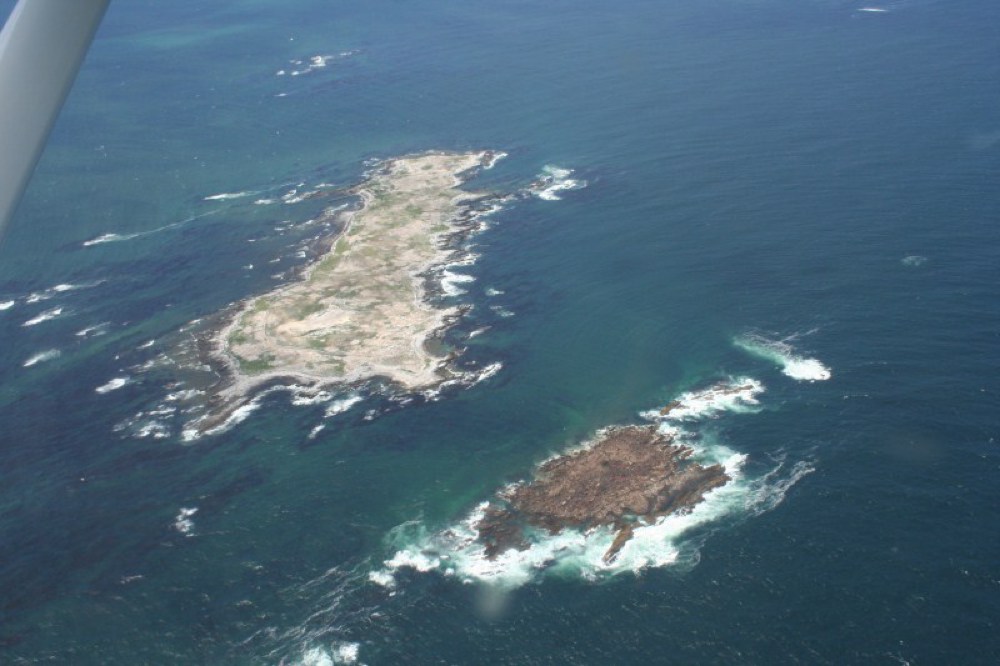 Nowadays Dyer Island is a nature reserve managed by CapeNature and has been recognised as an Important Bird Area (IBA). It is one of the most important sites for bird conservation as it is a breeding ground for endangered species such as the African penguin, bank cormorant, roseate tern and my favourite – the Cape gannet. Incredibly, the island holds 60% of the entire Cape cormorant population that is endemic to South Africa and Namibia. 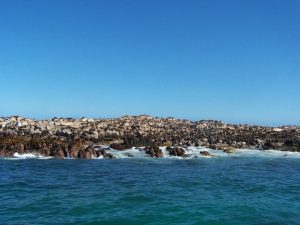 Adjacent to Dyer Island is a much smaller rocky island called Geyser Rock (Local name is “robklip”- seal rock). Even though this island is only 3 hectares in size it holds AT LEAST 60,000 Cape fur seals. Interestingly, in March 1885 the Prince Port ship was making its way from Calcutta to New York when it ran aground on a reef at Geyser Rock. In 1889 storms broke the wreck up completely. The storms lifted the only remaining piece up onto Geyser Rock and the Cape fur seals now use it as a sun lounger.

Between Dyer Island and Geyser Rock is the most famous channel of water in the world – Shark Alley. People nowadays believe that this channel is called Shark Alley because of the amount of sharks there and the fur seals being a food source. However, the old tales suggest that the channel was actually named Shark Alley for a different reason. The two islands used to be a seal harvesting station – if you look closely, you can still see the poles that the zip lines were attached to, for transporting the seal pelts(skin) from Geyser Rock to Dyer Island. According to the old stories, when zip lining the seal pelts across the channel, great white sharks would jump out of the water and take the pelts off of the zip line! Also, when loading the pelts into boats, people with sticks had to keep pushing the sharks away – which were attracted by all the seal blood and blubber running out to sea.

This is just a glimpse into the fascinating history of Shark Alley and the surrounding Gansbaai. To learn more follow our social media pages and keep up to date with our latest blogs. 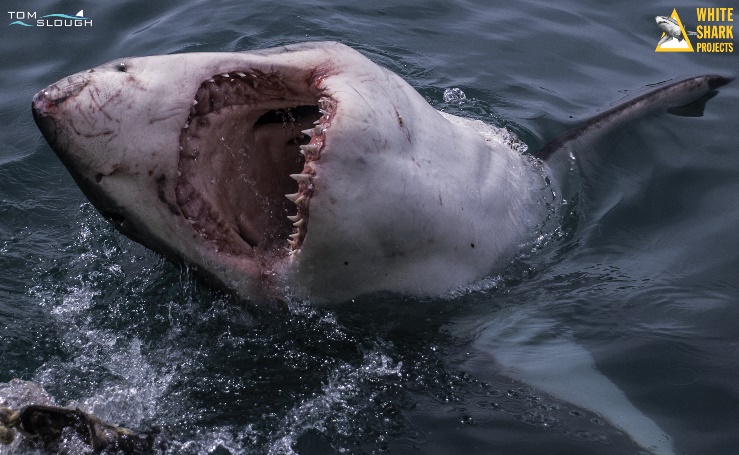