One of White Shark Projects main aims is to raise ocean awareness by showing how some of our daily activities, although seemingly innocent, can have a negative impact on the ocean. White Shark Projects believe that environmental education is vital in aiding the conservation of our beautiful marine ecosystem.

We are in a constant battle in the fight against single use plastics that are polluting the environment. Through public outreach, giving presentations to schools, talking to clients on our shark cage diving boat and organising beach clean-ups, we hope to change people’s plastic habits.

A whopping 8.8 million tonnes of plastic gets dumped into our oceans every year. That is the equivalent of 1 full garbage truck dumping rubbish into the sea every minute of every day for a year. 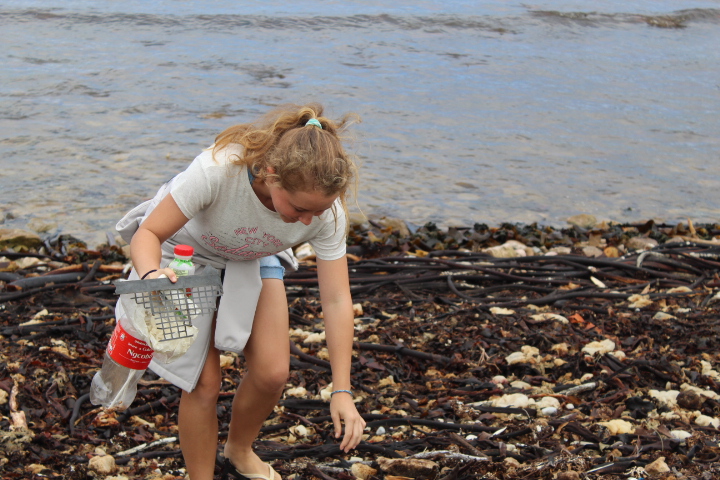 The problem with plastic is it does not biodegrade but photodegrades. This means that the plastic is broken down into smaller and smaller pieces, which makes it easily eaten by both marine and land animals, making plastic pollution even more dangerous.

Thousands of marine animals choke and die from ingesting this plastic and many more are slowly poisoned by the dioxin and other pollutants introduced by the mass of plastic in our oceans. Dioxin is an endocrine disrupter which causes gender mutations in marine animals and is biomagnified through the food chain – which means the toxin gets more concentrated the higher the animal is in the food chain. This means that plastic is actually affecting us all as humans are also consumers of seafood.

Recently, White Shark Projects held a beach clean-up with 45 children and 3 teachers all the way from Unicorn Preparatory School, Tzaneen. This is part of their annual Grade 7 Western Cape tour which is organised by Cape Africa Tours.

During the tour, the school group spend 4 nights in Hermanus and 3 nights in Cape Town, enjoying a range of educational and fun activities. This includes activities such as Table Mountain and Robben Island, as well as coastal clean-ups.

White Shark Projects hosted the school group with the aim to raise ocean awareness and help prevent further damage to our precious oceans. The children were given talks on shark biology and conservation, importance of the ocean and plastic pollution by White Shark Projects two marine biologists, Tom Slough and Georgina Pendell.  They were taught about the dangers of plastic in the environment as well as ways they can become an Ocean Superhero and reduce single use plastic in their daily lives.

The children were given 5 easy ways of how they can be an Ocean Superhero: 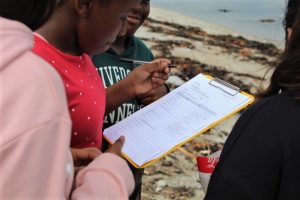 Following this, Tom and Georgina along with White Shark Projects volunteers, took the school group down to Danger Point, Gansbaai for a beach clean. The children were split into groups of 9 and given a survey to record every piece of litter they found.

A staggering 1586 items were collected in just 45 minutes! That is roughly 35 items per minute!  A total of 435 shards of plastic were found, making it the top polluter during this survey, followed by fishing line and cigarette butts. 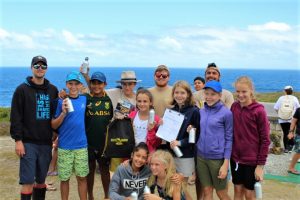 The group that collected the most litter were rewarded with a White Shark Projects reusable aluminium water bottle each to help encourage them to reduce single use plastic bottles and help the environment.

White Shark Projects believe that environmental education is vital in aiding the conservation of our beautiful marine ecosystems and will carry on using it as a tool to help prevent further damage to our oceans.

White Shark Projects will carry on with the fight against the plastic tide.

Thank you Unicorn Preparatory School and Cape Africa Tours for helping in the fight against single use plastics! We look forward to seeing you next year!

If you would like more information on how to reduce your impact on the environment – read our previous blogs!

Follow us on our social media platforms to keep up to date with ways you can reduce your carbon footprint!