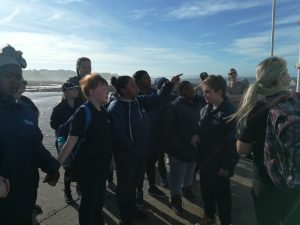 In just 1 hour the children managed to find a whopping 537 pieces of litter around Kleinbaai harbour and tidal pools. A staggering 354 cigarette butts were found, again making it the biggest polluter during our coastal clean-ups. This was followed by cool drink lids and sweet wrappers being the next most abundant litter found. 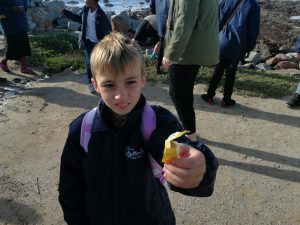 According to the Ocean Conservancy, the results of the 2017 International Coastal Cleanup showed that the top 10 litter items collected around the world are made of plastics. They also found that cigarette butts topped their clean up list along with food wrappers and bottle caps.

The filters used to make cigarettes actually contain tiny plastic particles which take decades to decompose and make their way through the food chain. 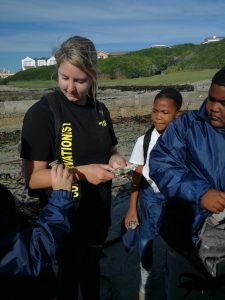 According to the Cigarette Butt Pollution Project, out of the 5.6 trillion cigarettes that are made with these filters each year, almost two-thirds are dumped irresponsibly. In addition to containing tiny plastic particles, many cigarette filters contain chemicals like nicotine, arsenic and heavy metals which are poisonous when ingested by animals.

As well as collecting litter and exploring the beautiful coastline of Kleinbaai, the children were also given talks on the wonderful little creatures that we can find in the tidal pools, by one of White Shark Projects marine biologists, Georgina.

Well done Butterfly Centre children for helping to save our wonderful oceans!

For more information on pollution and  how to reduce your impact on the environment – read our previous blogs.