Nestling at the foot of the Dynefontein Mountains is Gansbaai South Africa, an unpretentious village situated between the towns of Hermanus and Pearly Beach on the most magnificent coastline of the Western Cape.

Named after a flock of wild Egyptian geese alleged to have settled at the freshwater fountain near the harbour, Gansbaai offers natural, rugged and unspoilt beauty. From the spectacular cliffs of De Kelders to the miles of white sandy beaches of Pearly Beach, you will find one of the most unique and astonishing land-based whale watching spots in the world.

Dyer Island, just off the coast of Gansbaai South Africa, is the breeding ground of the Jackass Penguin and home to a wide variety of marine bird life. It’s close neighbour, Geyser Island is home to some 60 000 Cape Fur Seals! It is no wonder that the passage between these two islands forms the infamous ‘Shark Alley’ and creates an obvious feeding ground for the endangered Great White Shark!

Most famous for its variety of shark life, this stunning coastline has many more secrets to share. 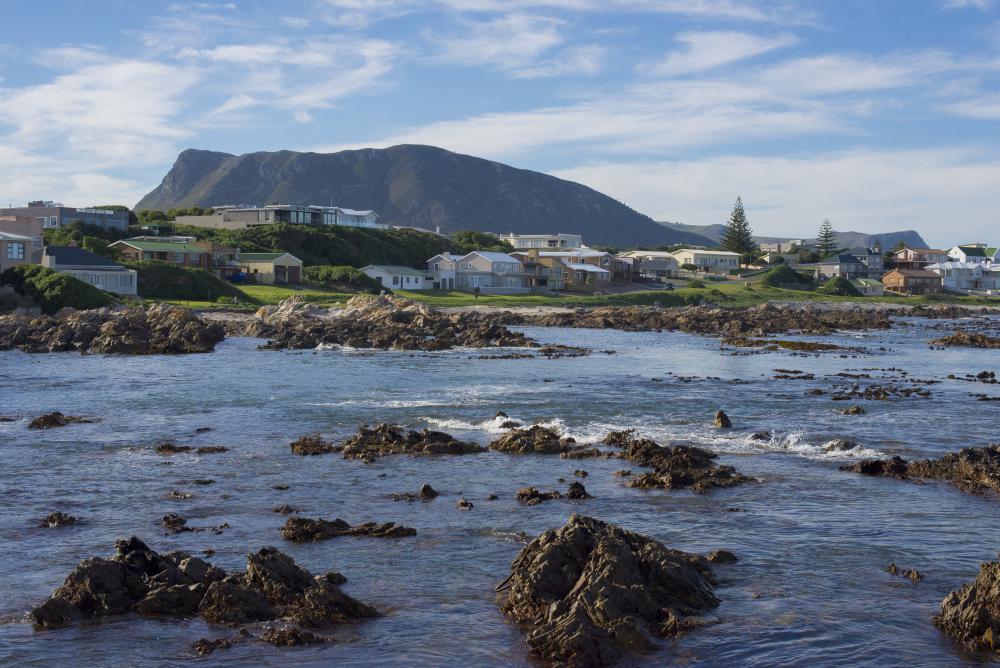 elit. venenatis mattis ut ipsum tempus in
We use cookies to ensure that we give you the best experience on our website. If you continue to use this site we will assume that you are happy with it.OkPrivacy policy