Gansbaai, South Africa has one of the most unique and diverse marine ecosystems on the planet. Although, the area is famous for the mighty great white shark, there are also other incredible shark species here. As well great white shark sightings, another species that can be observed from our cage diving vessel, Shark Team is the bronze whaler shark (Carcharhinus brachyurus).

So here we introduce you to our beautiful bronze visitors:

The Bronze whaler shark is part of the requiem shark family which typically have a streamline body with a long rounded snout. Bronze whalers have a bronze – gold colouration on the top of their body and the underbelly is white, which extends onto the flanks (sides) as a distinctive band. This colouration is known as counter shading and camouflages the shark from predators and prey.

This species prefers warm temperate and tropical waters and can be found both inshore and offshore. They can be found inshore in the surf zone to far offshore, from the sea surface to 400 metres deep. Although they are thought to have a worldwide distribution, particular hotspots for bronze whaler sharks include South Africa, Australia and New Zealand.

Sharks can hunt down their prey by picking up electrical fields generated by marine creatures around them. 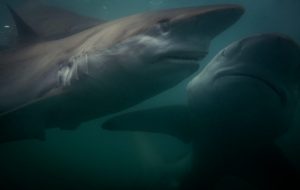 Around the shark’s head and snout there are tiny capsules filled with a gel-like substance which are sensitive to electrical discharges as small as 0.005 µ/m cm-2. This enables a shark to find even the smallest fish buried in the sand just from the electrical signals generated by its tiny gill movements (Willmer et al, 2005).  The signals are then sent to the shark’s brain and ‘read’ to determine potential prey.

During the South African winter, one of nature’s most spectacular events occurs – the sardine run. This is one of the largest marine animal migrations on Earth, with masses of sardines forming shoals as big as 7 km long and 1.5 km deep, travelling across the east coast of South Africa. As well as dolphins, whales, seals and sea birds, large numbers of bronze whaler sharks also follow the sardine shoals along the coast and are quite often seen in photos and films about this natural phenomenon.

One characteristic of the bronze whaler shark is its narrowly triangular hook shaped teeth. Interesting, the males have longer, more hook shaped and more finely serrated teeth than the females and juveniles.

Bronze whalers have relatively large, circular, cat like eyes. They have a nictitating membrane or third eyelid (also found in some reptiles and birds). This is a thin, tough membrane or inner eyelid that covers the eye and protects it from abrasion, mainly when feeding or encountering another shark. 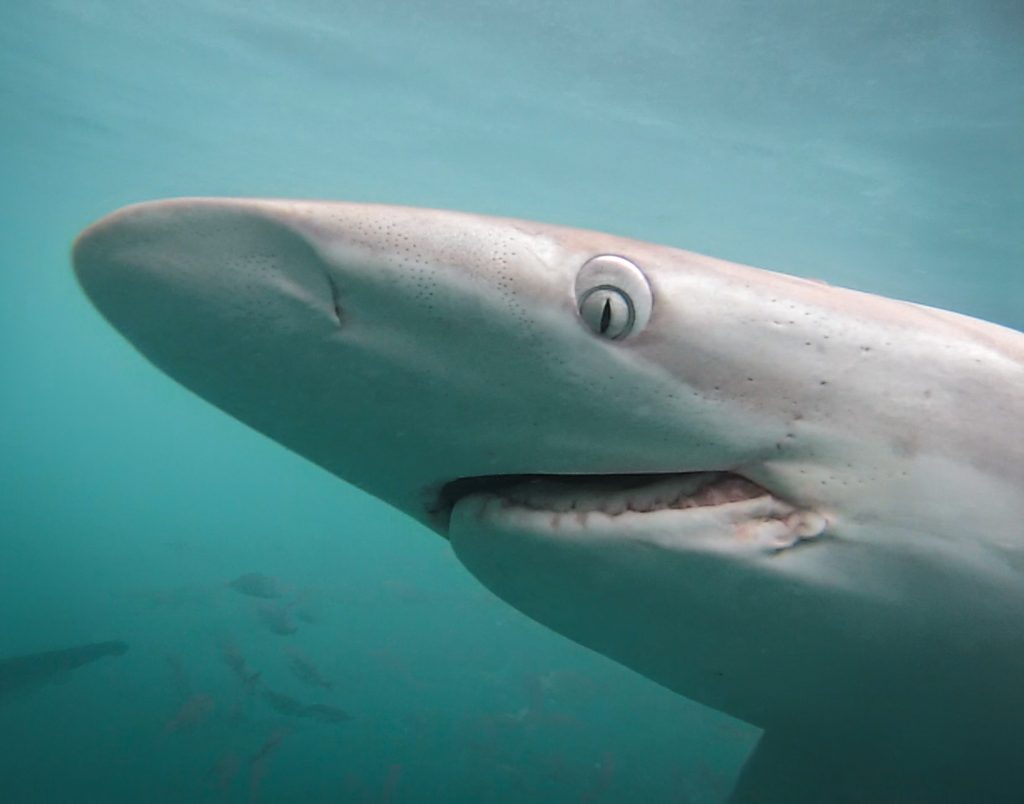 Bronze whaler sharks are viviparous sharks develop inside the female’s oviducts for several months and are nourished through an umbilical cord, in the same way that mammals do. The shark pups are then born live.

There is limited data on bronze whaler shark reproduction, however, it is thought that gestation (pregnancy) lasts for 12 months and 7 to 24 pups can be born, with an average of 15 pups (Duffy & Gordon, 2003).

It is not just white sharks that like to jump out of the water.  For the past two summers we have been witnessing bronze whaler sharks full breaching out of the water around Joubert’s Dam in Gansbaai.

We have noticed when taking observational data on bronzies that they have a lot of parasitic copepods so maybe the bronzies are trying to get the annoying parasites off of their skin. However, it is currently thought that the impact of a shark hitting the water is not enough to shake off parasites. It could be a form of communication, predator avoidance or prey capture…However, we will never know for sure what goes on in the mysterious mind of a shark!

Sharks are vital for a healthy marine ecosystem. Being an apex predator at the top of the food pyramid, their job is to control populations of prey species so that they do not cause harm to the ecosystem by becoming too populous. Sharks also prey on the weak and sick members of their prey populations preventing the spread of disease.  A healthy ocean depends on a robust population of apex predators. Sadly, bronze whaler sharks are vulnerable to over fishing from both commercial fisheries and accidental catches. 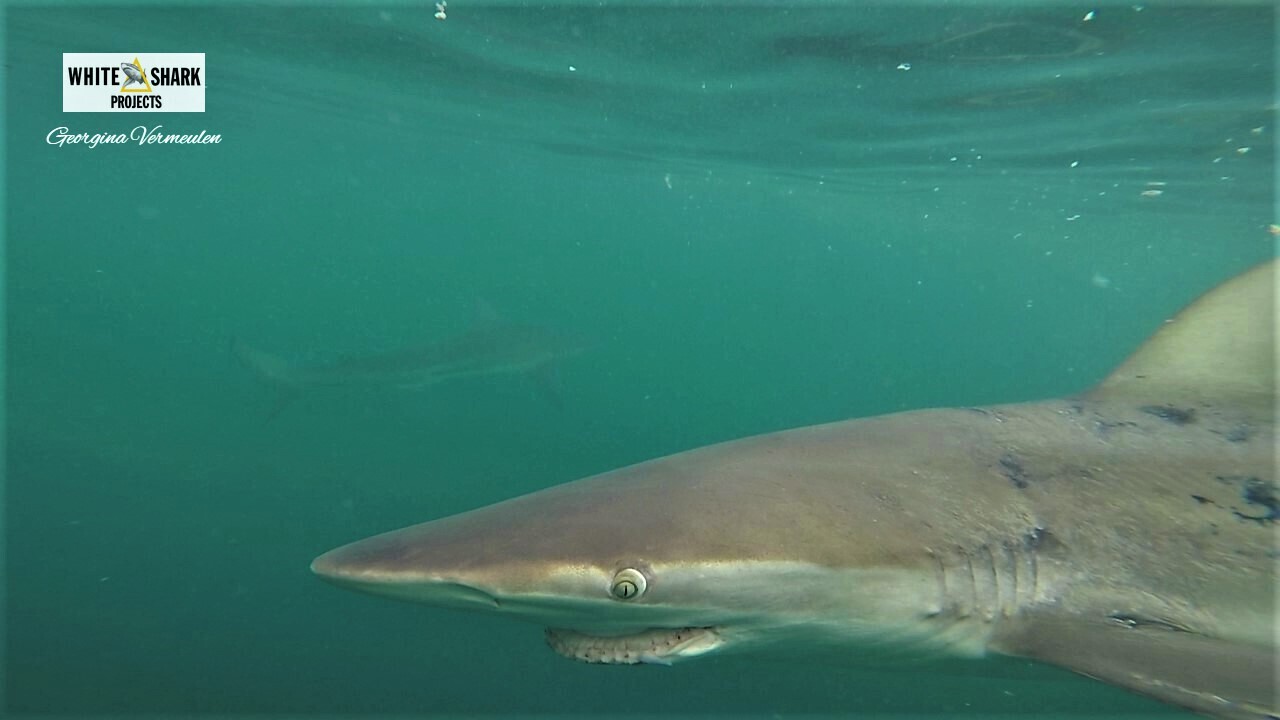 For more information on sharks read our previous Blogs!

CHANGE YOUR LIFE – COME DIVE WITH US #‎WhiteSharkProjects

Gansbaai, South Africa has some of the most unique and diverse marine ecosystems in the world. From ocean predators such as great white sharks to gentle giants like southern right whales, there is something in Gansbaai for all ocean enthusiasts. Below is a short video showing you just some of the marine wildlife our clients...Read More
eleifend ut venenatis, tristique risus. id, consequat. Sed luctus commodo
We use cookies to ensure that we give you the best experience on our website. If you continue to use this site we will assume that you are happy with it.OkPrivacy policy